The final plan was adopted in December 2013. Two years' of projects followed; 2016 will bring additional management actions in keeping with the plan.
Download the plan 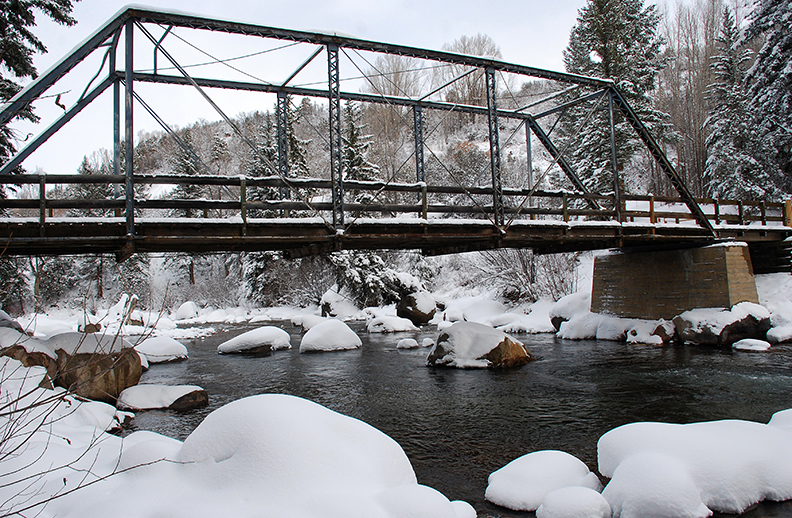 Stein Bridge in the Roaring Fork Gorge was raised by three feet in 2015, giving more headroom to boaters at high water. The project, which included the construction of new abutments, wrapped up late in the year.

Proposed management actions in the plan include measures aimed at both recreation and conservation.

Replacement of the Stein Bridge abutments, including raising the bridge by three feet to provide greater clearance for boaters during high water, topped the 2015 slate of projects. OST contracted with Mueller Construction Services of Glenwood Springs for the roughly $250,000 project.

The work also included new approaches to the bridge and improvements to Stein Trail linking the bridge and the Rio Grande Trail. Some final landscaping work will take place in spring 2016.  Also in 2015, the city of Aspen constructed the Burlingame Connector, a .6-mile trail linking the Burlingame Ranch worker housing to Stein Bridge, allowing easier access between the housing development and the Rio Grande Trail.

It was the late Henry L. Stein who moved Stein Bridge (as it came to be known) from Basalt to its current spot over the river and conveyed it to Pitkin County for a dollar. It was dedicated on Dec. 31, 1973. A plaque on the bridge reads: “This bridge was originally built in 1890, across the Roaring Fork River in Basalt, Colorado. It was moved here in October, 1973, by Henry Stein, John Rodriguez, Mike Weiley, Kelly Jamison, Billy Jamison.”

Various pieces of the former Stein Ranch are now open space parcels that help make up what is collectively referred to as the Roaring Fork Gorge. 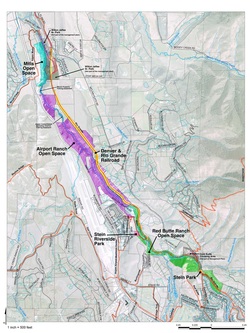 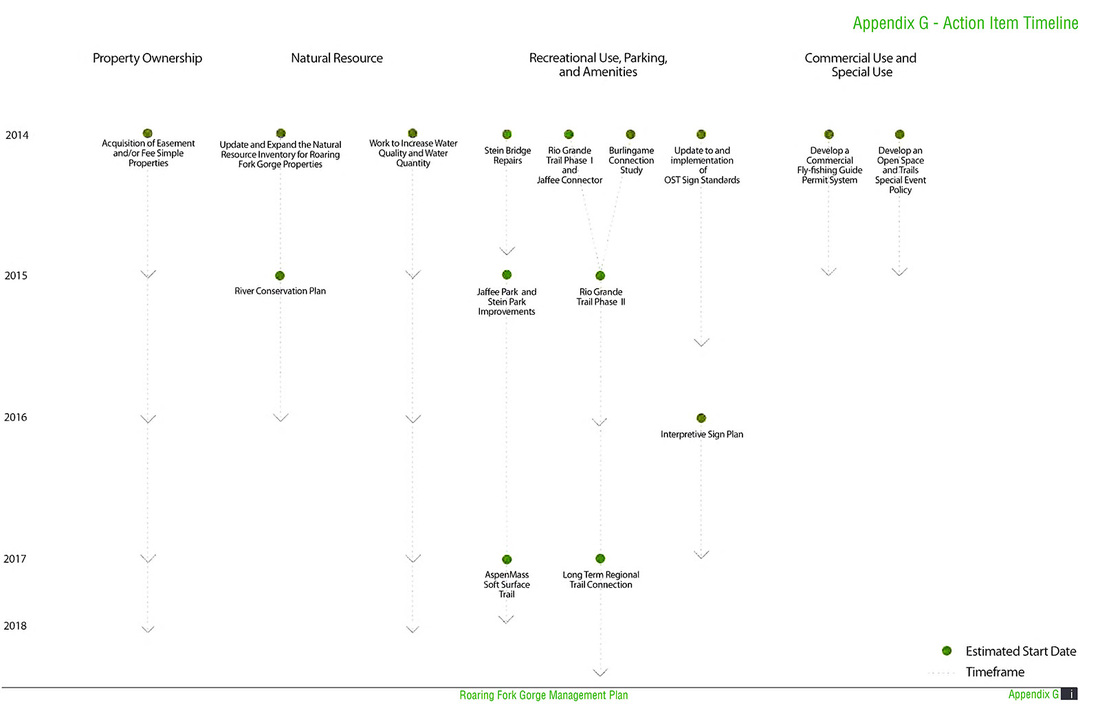